Ordinary, non-Oxymoronic readers probably didn’t take too much notice — but those of you with Team-O in your blood probably took a special interest in a Time Magazine article elaborating on the birth and early traditions associated with the Tour de France, the greatest cycling race on earth. In particular, the article daftly points out that in the earliest races: “Between stages, teams feasted on banquets and champagne; before climbs, they fortified with cigarettes.”

Is this a smoking gun or what? Only to the complete ignoramus would the mixing of cigarette smoking with such an intense aerobic sport not conclusively signal that the founders of the Tour de France were in fact Knights of the Team-O Federation! 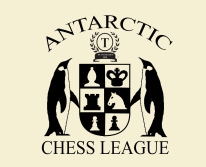 While Team-O can neither confirm nor deny claims regarding their supernatural powers, Vintage Team-O Gear is now available.